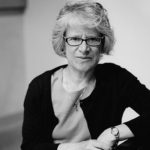 Bach in the Fields

“Sheep May Safely Graze” from Cantata No. 208 Aria

“Bach in the Fields”

Bach, who worked as a Lutheran church musician and teacher, composed hundreds of compositions tied to Bible passages, but his music is full of many secular images.  The Pastorale in F Major evokes outdoor scenes, with musical references to shepherds’ flutes and bagpipes.  The pastoral images in this work, which is based on Italian models (siciliana, aria musetto), were often associated with the Christmas story of shepherds abiding in their fields.  Historians speculate that Bach may have connected parts of the Pastorale to performances of the Christmas Oratorio over several days during the Christmas season in Leipzig in 1734, but the exact date of composition is unknown.

Bach composed Cantata 208 on hunting themes as a birthday gift for the 31-year old Duke Christian.  The Duke was an avid hunter in the Saxon dukedom, Saxe-Weissenfels, near Saxe-Anhalt where Bach was employed.  Bach’s original aria, the well-loved “Sheep May Safely Graze,” was for soprano with flute obbligato.  The libretto by Salomo Franck tipped Bach’s political hand toward the duke’s subjects:

under the watch of a good shepherd.

Where the rulers rule well,

one can feel peace and calm,

and this is what makes the lands fortunate.”