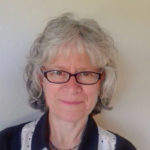 In his native town of Eisenach, Bach was born into a rich German musical tradition heavily influenced by “The North German Organ School.”  The school was a regional movement rather than a fixed building, dominating musical styles and organ design in an area spanning northern Germany and the Baltic Sea.  Due to the earlier dominance of the Hanseatic League, this area was rich in trade and cultural cross-pollination in cosmopolitan centers such as Hamburg, Lübeck, and Kiel.

One key musical figure in the North German tradition was Nicolaus Bruhns, organist at the City Church in the small port of Husum, on the North Sea coast.  Bruhns had lived a number of years in Lübeck on a Baltic waterway.  There he studied with another significant musician of this generation, the Danish-born Dietrich Buxtehude.  Both organists came from musical families of prominent organists, string players, conductors, and composers.

Bach’s connection to both men is well-documented.  At the age of 20, after attaining gainful employment as organist at the New Church in Arnstadt, Bach took a trip of nearly 300 miles on foot to Lübeck.   His aim was to study with the venerable Buxtehude, just as Bruhns had done at the age of 16.  Bach over-extended his visit to Lübeck, angering his employer on his return to Arnstadt.

Bach expanded the formal principles of the North German prelude into two distinct sections:  a rhapsodic prelude, and a strict, predictable fugue, which he developed into lengthy matserpieces throughout his lifetime.  The Prelude and Fugue in C Minor dates from 1705 in Arnstadt, composed in the same year in which Bach made his now famous journey to meet Buxtehude.