Thank you for welcoming me back at Church in the Forest. It is always an honor to perform here.

It is no secret that I love Chopin, and while he will always be my first love, I have lately been drawn to the music of Sergei Rachmaninoff. The excerpt I am playing is from the Concerto in C minor, arranged by John Thompson for solo piano. The 18th Variation is one of Rachmaninoff’s most famous themes and is part of the Rhapsody on a theme of Paganini. I hope you enjoy the two pieces as much as I enjoyed learning them.

I discovered the music of William Alwyn while I was in South Africa in December. He was an English composer known for his film music. The Prelude is based on an Indian scale that consists of a pentatonic ascent followed by a diatonic descent. Feel free to stay after the Postlude if you want to hear what the original Indian scale sounds like. 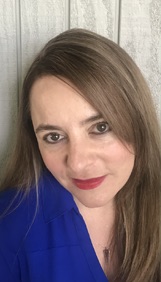