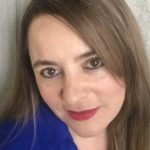 It is such an honor to be back at Church in the Forest while Melinda and Bob are on vacation.  I always enjoy playing here because everybody is always very welcoming and appreciative.
Mozart’s Sonata in A Major is one of his most well known works and one that is very dear to me personally. I studied it with my late teacher in South Africa and it will always remind me of her guidance and wonderful musicianship.
The first movement is a theme with six variations, each with its own character and technical difficulties. The second movement is a Minuet and Contrasting Trio. The third is the well known Rondo Alla Turca or “Turkish Rondo”. Mozart himself titled the rondo “Alla Turca”. It imitates the sound of Turkish Janissary bands, one of the oldest forms of marching bands and very popular in Vienna at that time.
For the Offertory I am playing Chopin’s Nocturne number 19, in my opinion, some of the most beautiful music ever written. It was actually the first Nocturne he wrote, but he was not
satisfied with it and it was only published after his death. I hope I do the music justice. It is one of those pieces one can spend a lifetime on and still discover new things every time you study it.
Liszt’s Liebestraum (German for Dreams of Love) is a set of three solo piano works. Number 3 is the most popular. The same melody is used throughout the piece, each time varied, especially near the middle of the work, where the climax is reached.