The first of today’s Favorites from the 18th Century is Adagio in G Minor, commonly attributed to Italian composer Tomaso Albinoni, but actually composed by Remo Giazotto, his biographer. Originally for strings and organ, the piece is based on a manuscript fragment by Albinoni.

One of Mozart’s best-known piano pieces, the first movement of Sonata in A Major is in the form of a theme with a set of variations.

Air on the G String was just titled “Air” in Bach’s original composition, the second movement of the Orchestral Suite No.3 in D major. The German violinist August Wilhelm wrote a new
arrangement in the 19th century. He transposed it so that the violinist only had to play on the lowest string, the ‘G,’ hence the name.

Hillet Botha started playing piano when she was eight years old. She studied piano at the University of Pretoria, South Africa, and graduated with a Bachelor’s in Piano Performance in 1996. She continued her studies at the New England Conservatory in Boston and completed her Master’s degree in Piano Performance in 2000. Hillet resides on the Monterey Peninsula with her husband Matt and their three children. 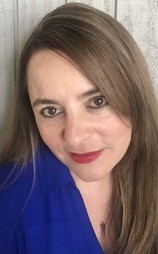